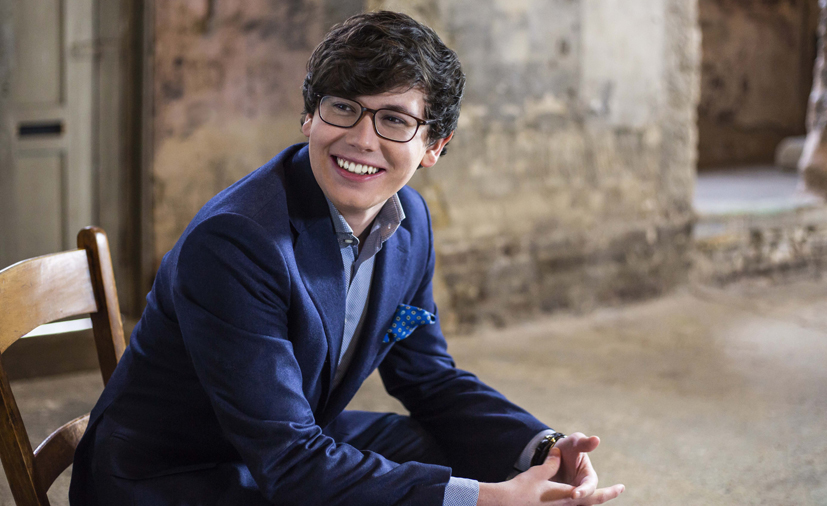 We are sorry to announce that this concert has been cancelled as a result of the developing situation regarding COVID-19. This action has been taken to protect the health and wellbeing of Trinity Orchestra’s audience members and players, and is in line with recent Government guidance regarding public gatherings.

Ticket holders who have booked online will be automatically refunded by WeGotTickets.

We are sorry for any disappointment caused and hope to welcome you to a Trinity Orchestra performance later in the year.

Much acclaimed pianist Martin James Bartlett has pursued a busy international career since winning the BBC Young Musician competition in 2014, making his first appearance at the BBC Proms only a year later and recently releasing his debut album on the Warner Classics label.

In a concert not to be missed, Trinity Orchestra is proud and delighted to welcome Martin to perform Mozart’s Piano Concerto No. 23 in A major, conducted by John Andrews. It stands out as one of the composer’s most intimate and expressive works, dispensing as it does with trumpets and replacing oboes with clarinets to produce an overall gentle mood. Not content to leave us in a pensive tone, however, the final movement is a rondo that puts Mozart’s wit and humour on full display.

Written in 1772, Haydn’s Symphony No. 44 in E minor, Trauer (‘Symphony of Mourning’) acquired its nickname because it is said that the composer, in his old age, requested that its slow movement be played at his funeral. The symphony was written in Haydn’s ‘sturm und drang’ (storm and stress) period and is especially expressive and dramatic.

There is something special about Louise Farrenc and her music, and particularly her Symphony No. 3 in G minor, written in 1847. She enjoyed a considerable reputation during her own lifetime as a composer, performer and teacher despite prejudices against women composers at that time. Sadly her works were largely forgotten until, in the late 20th century, efforts to reverse the unjust neglect of music by women composers led to the rediscovery of many of her works. This is an opportunity to hear a performance of a beautiful musical rarity.

The Bechstein D Concert Grand Piano being played in this performance has been kindly supplied by Jaques Samuel Pianos, London